Where weather phenomena and psychology collide.

I have never liked the term “mental illness”. I have always thought that it limits the individual to a frame when only disability is possible. I have always seen the works of the mind, psychologically speaking, as weather phenomena. Like if we have an ecosystem inside our skull, with water evaporating because of the heat and forming clouds that will rain in due time. Over and over again. Cycles. But as in nature itself, external factors may influence this cycle and provoke different reactions. If temperature, geographical position, contextual uses of the land around and so on can and will influence our surroundings in terms of atmospheric conditions, it’s also clear they can influence us as a container of meat and bones with a pinch of electricity that makes us be conscious of ourselves.

But this is just an explanation that serves this artistic metaphor. I am well aware what a psychological condition means and that’s why I preferred to use precisely that word, “condition”, for the title of this series, as it serves a double purpose in terms of language meaning. A condition can be read as an illness (“this is in bad condition”) but also as a conditional, contextual term.

From there, we can create a fictional spectrum of human emotions and how they revolve inside our heads as if they were created by the four elements. The chemical and physical reactions that come from the interaction of these four can give us a visual metaphor of the associated feeling to it.

For the aesthetics of the series, I wanted to focus it in portraits with as-much-as-possible neutral expressions from the model so I could depict the feeling using color, composition and texture. It would be too easy to rely the emotion of the final artwork to fall just in human expression. I wanted to explore how to generate sensations using other ways. For that reason, it organically took a more abstract outcome. I was also a bit tired on working on realism only and I wanted to bring back some aesthetics I used to work on when I was younger and was experimenting with traditional medias, mixing different painting styles. It’s something I had been craving to do for years and I considered this was the perfect project to bring them back.

This series is a work in progress.

Fine Art Prints available
Request a License of Use 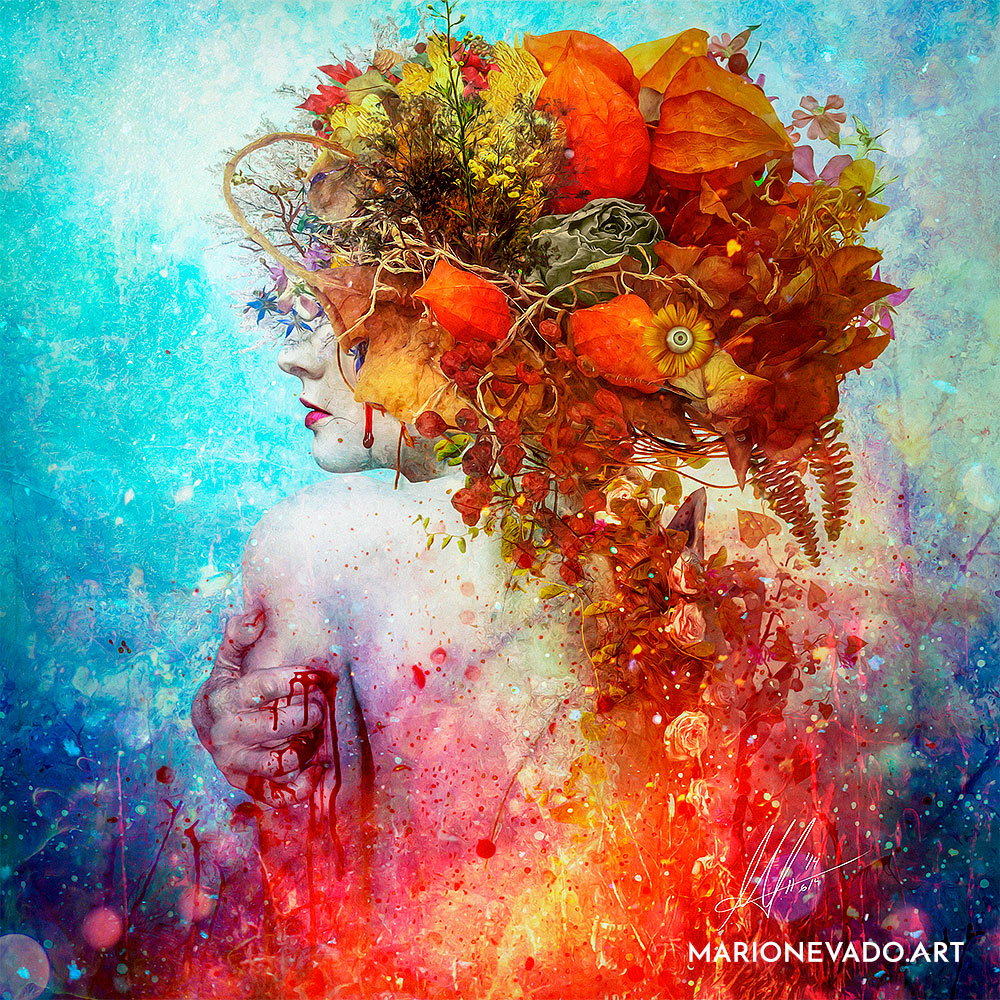 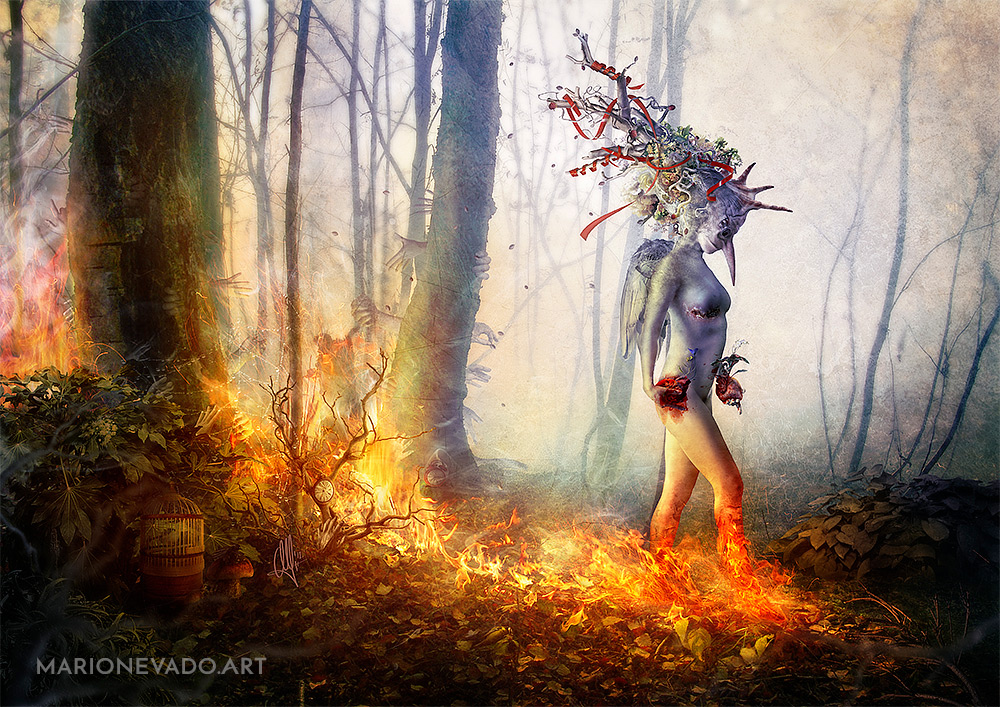 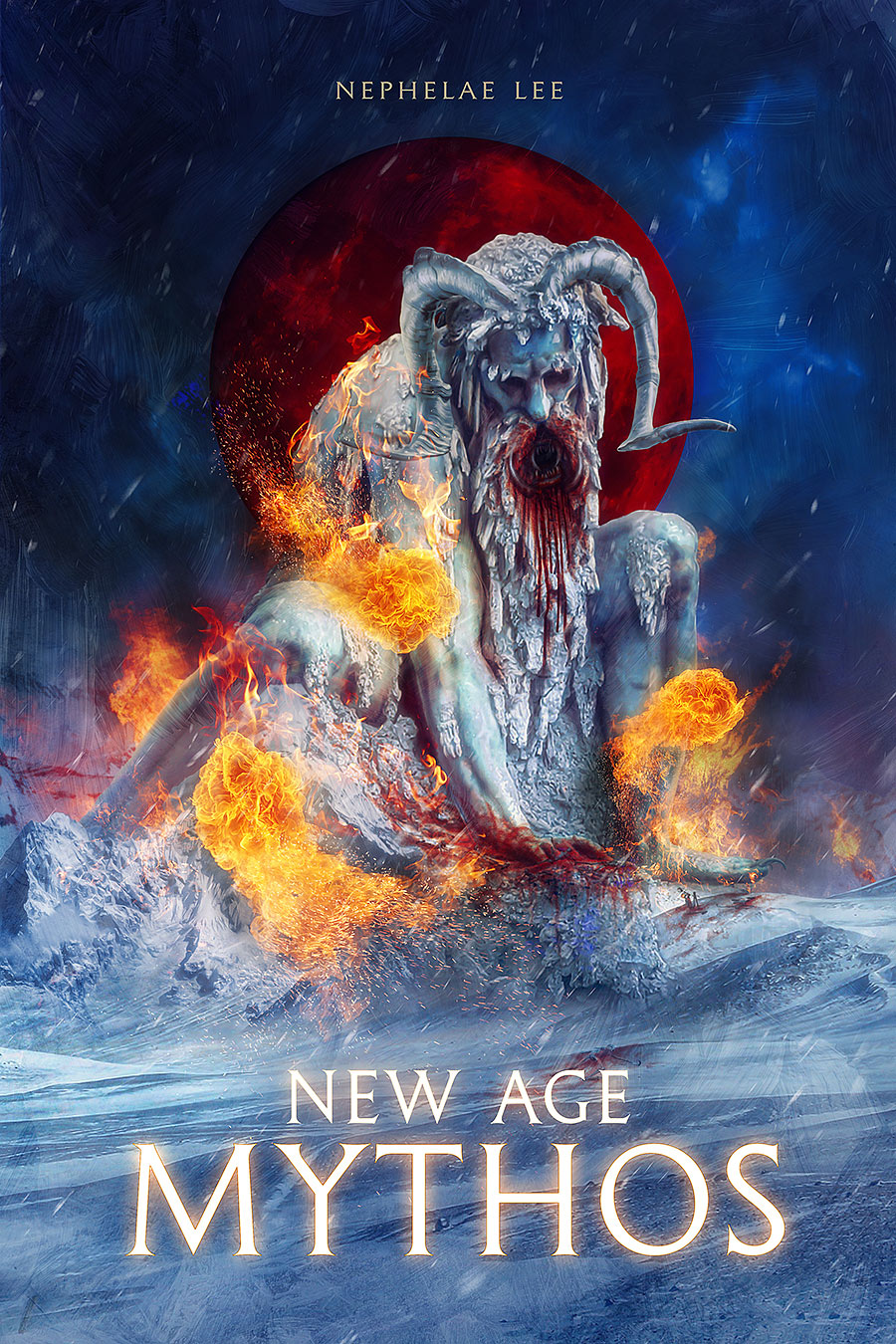