Hello all!
So finally back from Edinburgh… greatest place I have ever been in… Amazing experience surrounded by amazing people and wonderful places… lots of stuff to do in such a little city! It has really given me a new perspective. I encourage you all to visit it at least once in life… I’m sure you won’t regret it, cultural life is there, and at its best! 🙂

Apart from that… well, the return to Spain was as expected, kinda atrocious. Things here are still the same and I am really having a bad time trying to find a job (still, one year looking for and nothing found yet… and YES, I’ve been looking for anything non-artistic related as well!). I’d like to save some money so I can go back to Edinburgh because I’d love to live in there… but I don’t know, it’s impossible to get any cent from this country. In fact yesterday I received a job proposal (digital imaging stuff) and they were willing to pay me 0,20€ per hour… this is becoming the third world already :/

I am writting this just to say “Hello! I’m alive!”, because I’ve got nothing much to tell, actually, nor I’ve been very active in artistic/social sites this last year. My creative crisis has raised its summit, although I’ve decided to change my mind and start thinking about being pragmatic. If you think about it, my illustrations are good but in fact, they’re more or less useless… nobody is willing to pay for its usage because they’re only worth for editorial purposes, so I’ve decided to start investigating other fields, specially in vectors/flash, 3D and video post-production, so I can expand my knowledges. I think I’ve been being so limited by myself thinking that the world of visuals was closed for me, but now I’ve realized that my work just doesn’t fit, and that’s not something to regret about… it just suits in certain fields that are for wathever reasons far from me so I have to focus in more handy stuff, so I can make a living out of this. I have to improve my typographic skills and my sense of design and composition… I have to keep on raising my abilities… I though I was touching my limits but in fact, what I was needing was a change. So trust me when I tell you that I’m not really in the mood to start from scratch to discover new tools, but I just… must, or I’ll never be able to make a living out of my artistic abilities. I guess I’ve grown up regarding to this matter… maybe I’m the last one noticing it but I’m glad that at least I did 🙂

So now I’m going to start a new artistic journey… I don’t know the direction yet, but it’s for sure that photomanipulation will be the last thing in my artistic priority list, even if I don’t want to. Maybe this is not the best thing for keeping my social status… but now, it’s a matter of survival. I have to eat. I have to be practical. So I’ll lock myself in my room for months until something happens… I used to work that way, and I started to forget about it because of my partner, but now I’ll have to combine both things… for good. I don’t know if this is the best decision but acting otherwise and keeping my photomanipulation stuff was leading to nowhere anyways… so I think this was the right one 🙂

So, say hello to the newbie!:) 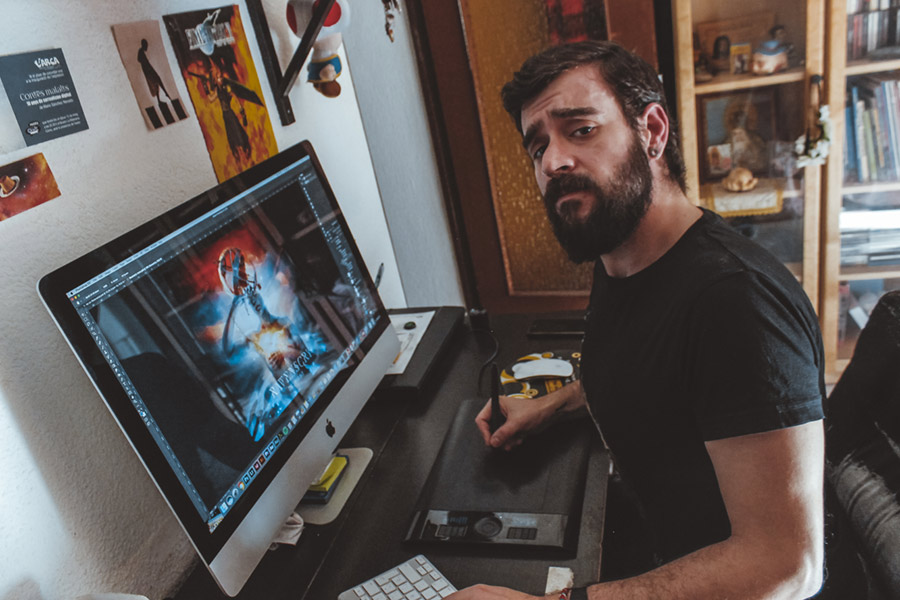